A Forklift Factory Tells You How to Prevent Gasoline Forklift Failure

1. How to prevent gasoline forklift failure

Every gasoline forklift creates a detailed list of the service life of parts, which records the subjects such as the initial using time of each vulnerable part and forklift operating hours. Compare the records to the service life table and make replacements in time.

Human errors, for example, the piston is invalid because the spring gasket falls into the intake pipe of the gasoline forklift by accident when maintaining carburetor; The anti-freezing water plug is loose, which leads water to get in the oil pan; The crankshaft timing gear is bruised by accident with a bump, and the bump against the timing gear on the camshaft, which causes abnormal engine noise; The seal ring on the valve shaft pipe of the gasoline forklift is installed improperly, causing the exhaust pipe to leak oil; Bearing is invalid because you hear abnormal noise but don't take action; Engine ramming cylinder scraps because the connecting rod bolt is screwed too tight and damaged.

Careful disposing of various liners. For example, an oil pan or valve cover doesn't compact easily because of its large touch area. Then, if the oil seal behind the crankshaft is leaking, the oil will get into the clutch, which not only costs oil but also makes the clutch stained, slipped, and burned.

Replace the main bearing in time. If the gap between the main bearing and the journal cooperation of the gasoline forklift is too large, the front and rear oil seals will lose sealing due to the impact of the crankshaft, which will lead the oil to leak from the crankshaft head or into the clutch, and the contamination of the friction plate will lead to skid, invalidating the work.

ATTACK mainly produces and provides forklifts, electric fork trucks, gasoline forklifts, aerial work platforms, and so on. Welcome to contact us anytime if you have any questions. 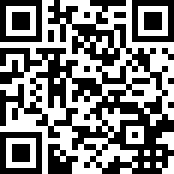